Ten more movies about alcohol addiction, recovery and sobriety to inspire and motivate you as you go through your own journey into self discovery. I must confess I haven’t watched all of these films but I do intend to watch them all. Watching films, reading books and blogs were vital to me in the early stages of my own journey and I hope that these films help you too. 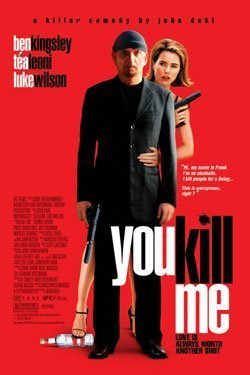 A light hearted comedy starring Ben Kingsley as Frank, a hitman for his Polish mob family from Buffalo New York who is sent to San Francisco to get sober after his drinking messes up a really important job. While in San Francisco, Frank gets a job in a mortuary which he approaches in his own unique way, attends AA, gets a sponsor and meets Laurel, who is no nonsense and straight talking. While the film is light, funny and with some hilarious lines, the underlying story of an alcoholic getting support and turning his life around so that he can get on with the business of killing people (in the case of Frank) with the help of family and friends is always delightful to watch. 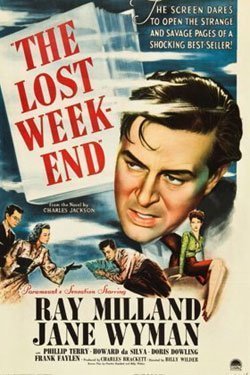 Arguably the best film ever to come out of the 1940s, The Lost Weekend starring Ray Milland and Jane Wyman is the story of an alcoholic writer Don Birnam who embarks on a 5 day bender when his cravings for alcohol get too much to bear. This is a dark, honest, unflinching and at times difficult film to watch, especially the heart wrenching flashbacks leading to Don’s downfall.   We see Don’s life unravel as the love of his life and his brother try to help him through what seems to be his last, and desperate session – one way or another. Milland deservedly won an Oscar for his performance and the film was only released to limited audiences at first because it was thought to encourage drinking. 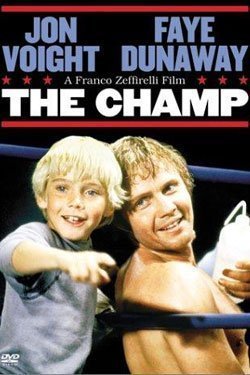 A heart warming and heart wrenching story about a former boxing champ and alcoholic Billy, played by Jon Voigt. Billy is working as a horse trainer and caring for his 7 year old son TJ, and has to face tremendous upheaval when his ex wife returns.  Billy tries to get his family back together by getting back in the ring and faces a new battle. He gets drunk, gets angry, slaps his son and ends up in jail and in a bid to get his son and ex wife back, agrees to a fight even though he is warned it could be fatal. I cried buckets, just by watching the end scene! 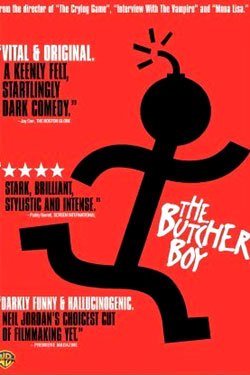 A very dark film that will take you on a rollercoaster of emotions. Set in a small village in Ireland in the early 60’s the film is shown through the eyes of Francie who copes with his suicidal mother, an alcoholic father, abuse, religion and being let down in friendships by spending more and more time in his mind and his fantasy world. His fantasy world and real life blend into one as he begins to act out more and more of his crazy fantasies. Horrific, funny, emotional, upsetting, dark, shocking and phenomenal are just some of the words used to describe the film and the young actor Eamonn Owens who plays Francie Brady is outstanding. There is also an appearance from Sinead O’Connor who plays a very brilliant Virgin Mary. 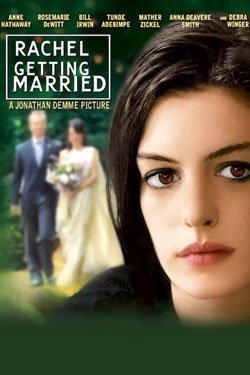 Kym, played by the wonderful Anne Hathaway is temporarily allowed out of a nine month stint in rehab and arrives at the family home to attend the wedding of her sister Rachel (Rosemarie Dewitt) While any wedding should have its focus on the bride, the film is all about Kym and how she copes with the family dynamics, how everyone is judging and watching her. Kym is hugely annoying, yet loveable at the same time. The film leads us through tragic past events, blame, angst, embarrassment, humour, edginess and nervousness.  It is very emotional, raw, and the way it is shot, is like we are at the wedding ourselves. A very powerful, spiky performance by Anne resulted in her Oscar nomination for her role as the troubled Kym. The film is warm, filled with music and portrays the feelings of shame, guilt and the difficulty of being in recovery.

My Name Was Bette 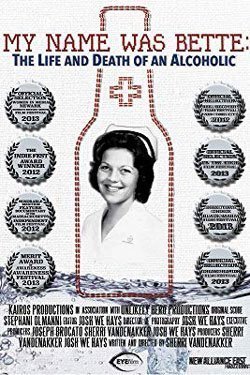 This is a docufilm about the life and death of Bette VandenAkker a wife, mother and nurse who died in 1997 from alcoholism. The story of Bette’s life, disease and death is told through interviews with the family, medical, court and police records. It is a shocking and extremely sad story, not least because her family and friends so desperately wanted to help but Bette’s isolation and refusal to accept their help resulted in her death.  The film explores the shame, guilt and stigma surrounding women alcoholics and examines the physical and mental toll that extreme heavy drinking takes on women. The film also offers hope to those who desperately want to seek help for their addiction to alcohol.

My Name is Joe 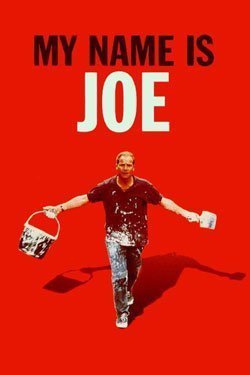 Set in the gloomy backdrop of an extremely tough neighbourhood in Glasgow, My Name is Joe is about ex alcoholic Joe (Peter Mullan) and his relationship with Sarah (Louise Goodall) a social worker who visits him regularly to offer help and support. The pair fall in love but their relationship is tested as Joe is drawn back into doing shady jobs for local mobsters in a bid to help a young footballer who is part of the local team Joe works with.  The film is full of friendship, support, love, dark humour and is interesting and arresting. 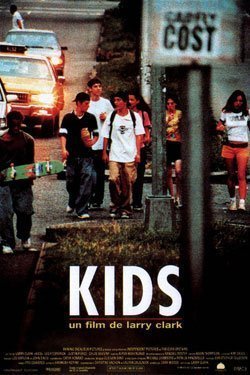 A film described as dark, terrifying and disturbing. Kids is set in New York and follows the lives of Telly played by Leo Fitzpatrick, his friend Casper played by Justin Pierce and their skateboarding gang of friends as they roam through the streets smoking, drinking, doing drugs and looking for as many girls to ‘de-virginize’as possible. These teenagers seem to have no values, morals or interests except sex, drugs and skateboarding. They live in their own lawless world and as well as having underage, unprotected sex they also steal and beat up people on their relentless crawl through the city. The darkness of the film shows up half way through when it is discovered that Telly is HIV positive and has already infected a couple of girls yet is uncaring and heartless. The film shows the kind of hell of a life faced by some kids and is intended as a wake up call to the dangers faced by young people. 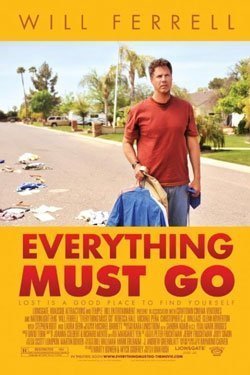 Salesman and alcoholic Nick Halsey (Will Ferrell) is having the worst of days. He loses his job after turning up drunk too many times only to come home to find that his wife has kicked him out and all his belongings are on the front lawn. Things get worse and Nick has his phone contract terminated, his credit cards blocked and all he wants to do is sit on his lawn and drink beer. With the help of neighbours and an AA sponsor Nick slowly tries to get things back together, making new friendships and begins to let go of his possessions, which in turn help him to let go of past behaviours, heartache and his former troubled life. The film is quite heavy for a comedy drama but Will Ferrell is, as always, excellent. 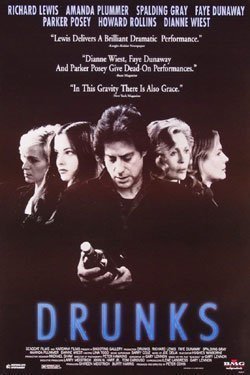 Starring Richard Lewis as Jim, the film begins at an AA meeting where, for the first time in 7 months, Jim tells the story of his alcohol and drug use. His story is heart wrenching and he leaves the meeting in frustration, visiting his old haunts trying to resist the temptation that is plaguing him. The film alternates between scenes of Jim out on the streets and from the meeting where other members are telling their story. As you would expect, most of the stories are difficult to hear and the film shows that addicts and alcoholics come from all walks of life, yet the desire and the strength to beat their demons unites them in this dark and dingy basement. 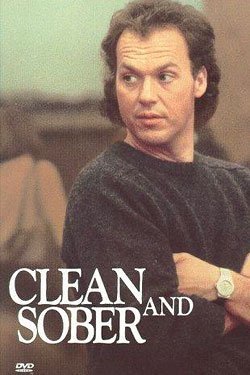 Michael Keaton is Daryl, an arrogant, hot shot real estate agent who wakes up one morning to find a dead woman in his bed and a call from his boss telling him a large sum of money is missing from one of his accounts. Daryl also has a serious coke and drinking problem so decides it might be a good idea to check into a drug clinic in order to get away from the police. Of course, he doesn’t take it seriously at first in fact he doesn’t really believe he has a problem, he is only there to hide. But thankfully his counselor Morgan Freeman does take his seriously and Daryl goes through detox, withdrawal, tantrums and denial to finally come to the stark realization that he is in fact, an addict and an alcoholic and is in the very place he needs to be.

Have you seen these films? What did you think? Let me know in the comments below and if I’ve missed any please share your recommendations with me too.

10 MUST WATCH MOVIES ABOUT ALCOHOL ADDICTION >>>