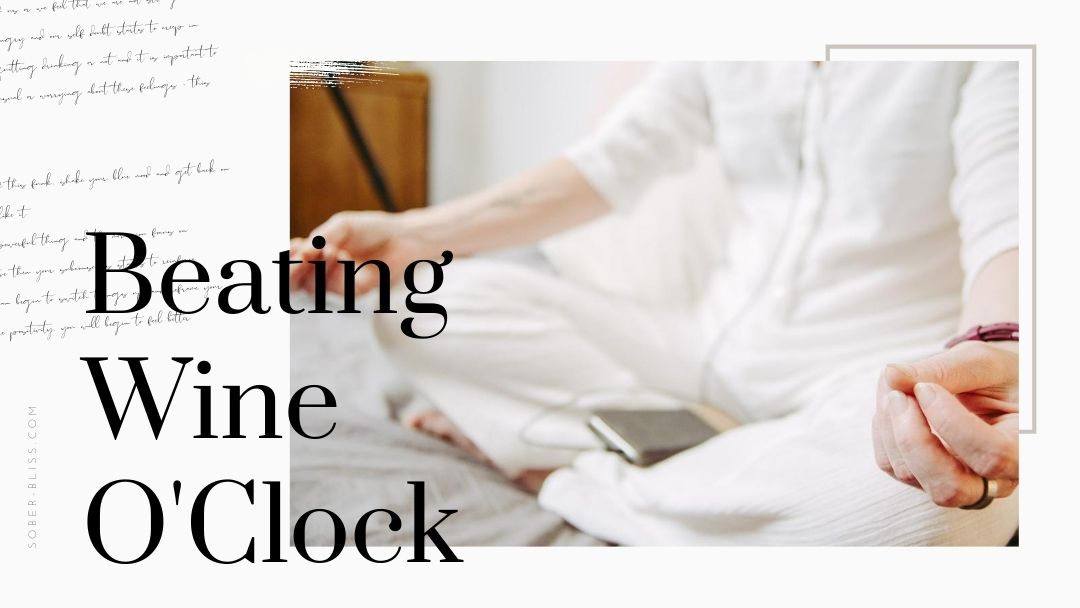 Beating wine o’clock – ten things that helped me quit drinkingA year ago I began my journey to sobriety without really knowing what was going to happen or how I was going to do it, all I knew was that I wasn’t going to drink anymore. But, I had no idea how I would go about beating wine o’clock – there were so many occasions that counted as wine o’clock and do be honest I didn’t really know what to do every evening if it didn’t involve sitting on the sofa just drinking.

I have found so many wonderful (and better for me than drinking) things to do at wine o’clock and at other times in the day too which keep me strong and reinforce this positive lifestyle change I am making.

Here are 10 things that I found really helpful in beating wine o’clock especially in the beginning. Some I have been doing since the start of my journey and others I only just discovered a few months ago. 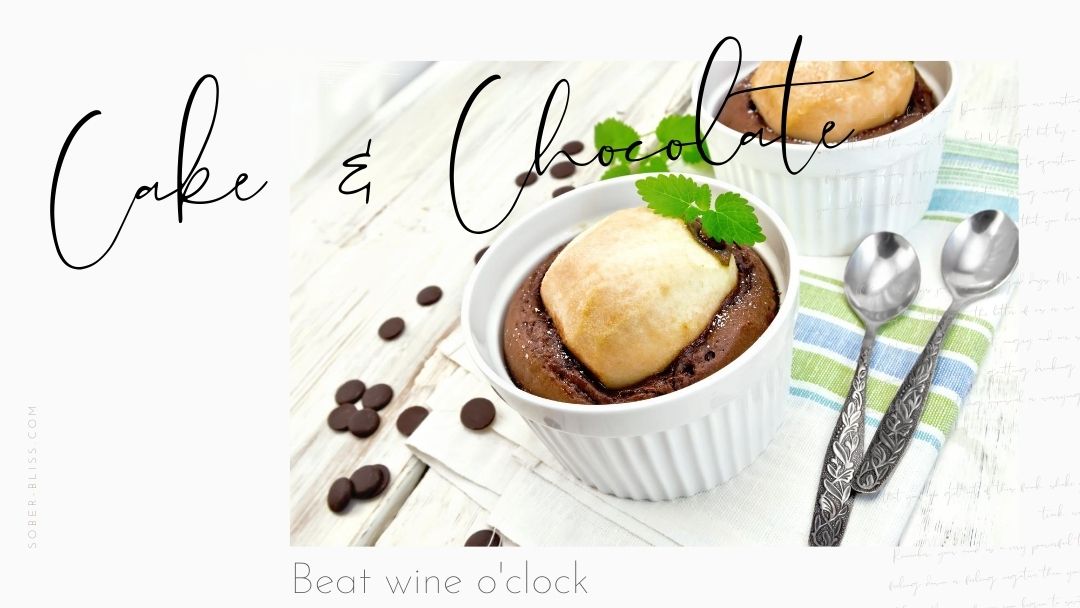 I made a cake on Mothering Sunday because I fancied one and also because nothing says special quite like cake. I never really had terrible cravings or physical withdrawal from alcohol but I did feel for a while that something was missing and cake was the perfect thing to fill the void.

Chocolate is also a good choice and I used to treat myself with a fair few squares in the evening with my tea, sometimes I would have hot chocolate and chocolate together – lovely!

I know that we often turn to sugar to help with cravings and beating wine o’clock in the beginning – it makes sense because sugar triggers the same reward centers in the brain as alcohol. I was careful though not to let it get out of control like my alcohol use, so although I do still enjoy a sweet treat a few times a week it has not become a daily thing. Sweet treats really did help me though during the first few months.

Ask my kids what Mam likes best and they will tell you, above anything else – tea! It’s true I get through pints of the stuff. I like all types of tea and in the beginning I was always faffing about trying infusions, fruit teas, anything I could get my hands on. Part of it was because I missed the ritual of fixing a drink, part of it was also because I needed to have something to drink constantly but mostly it was because I do love a cuppa!

That hasn’t changed except for the fact that I favour good old English Tea above fancy infusions now although I do enjoy making and drinking traditional Yogi Tea as a nice change. I am not sure what to do when the summer comes around again though as it gets ridiculously hot here, last year I dabbled in iced tea with lemon but it didn’t quite work for me.

My dogs have had their legs walked off this past year, no more so than in the early days of sobriety. After my initial spell on the sofa, I needed to get out even when the weather was pants so I walked, a lot! I still do.

I walk the school run every day, walk to the shops and walk the dogs many times during the day. I enjoy early morning moonwalks, I get out with my youngest son for a walk in the woods most days and have come to appreciate the changing seasons and the unpredictable Spanish weather like never before.

Walking, apart from being a great way to exercise and get out in the fresh air, helps me to be mindful in the moment, to enjoy the here and now. I am no longer rushing back to my beer but very happy to just be. I feel lucky that I was able to get outdoors as much as possible in the early days of sobriety and a quick walk in the woods always lifted my mood and pushed any thoughts of drinking out of my head. 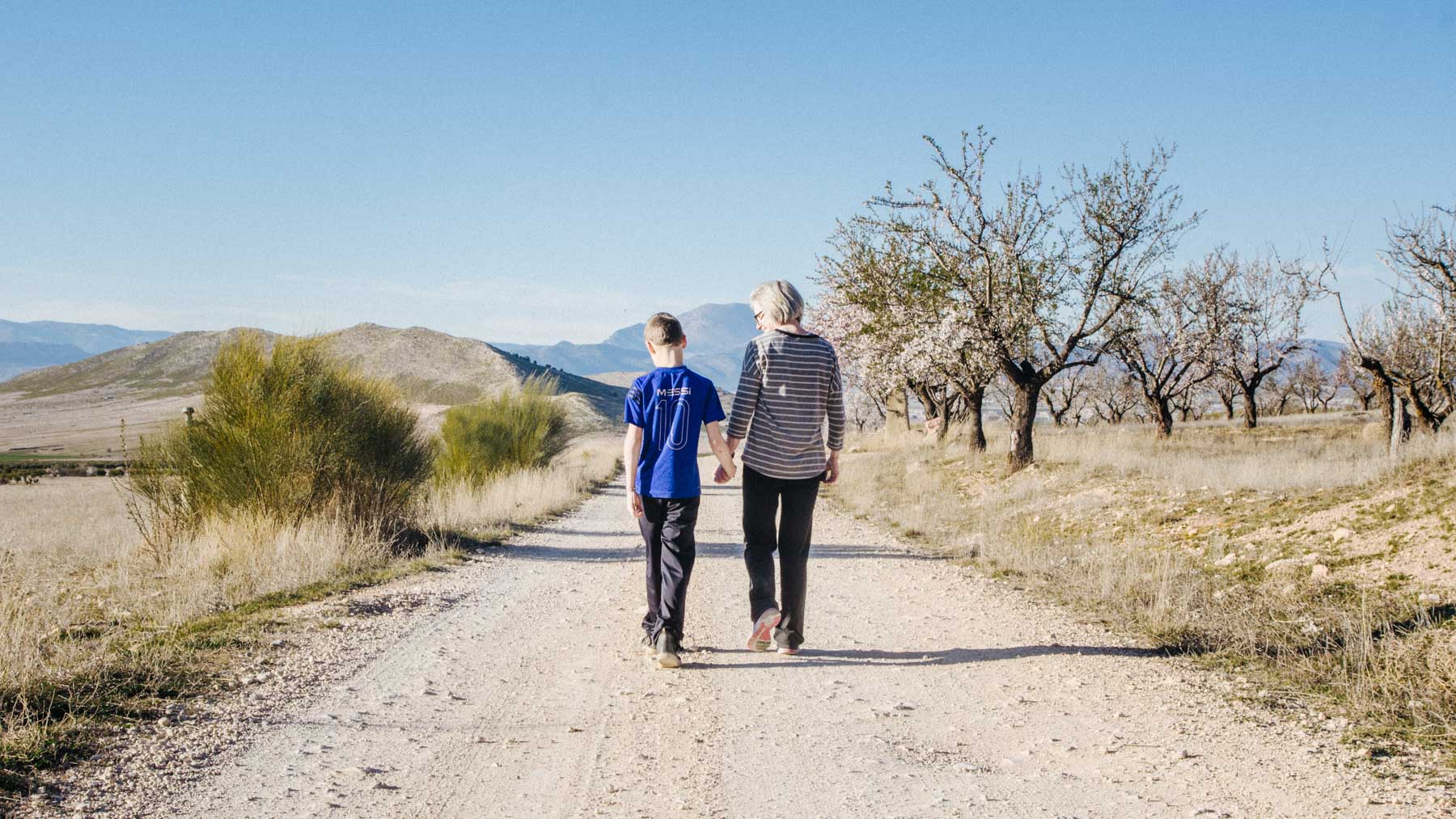 I have always been a bookworm, reading is one of my favorite ways to escape, retreat and relax. During my drinking days however, I stopped reading as much because I got sick of holding the book at arms length and reading with one eye closed to stop the words swimming around on the pages. I pretty much can read anything but during the first few months of quitting drinking, I devoured as many quit lit books as I could.

I would often take myself off to bed really early with a cuppa and a book sometimes because I wanted the day over and done with, but mostly because it was a way to relax, help me sleep and it felt luxurious to be in bed, sober, able to read and have some proper me time again.

Things have settled down a bit on that score now but I do still enjoy escaping to bed nice and early (sometimes before the kids) and just indulging.

A fellow sober friend told me the other day that meditation was to her, like relaxing into a warm bath of peace – how right she is.  After so many years of chaos, unpredictability, self loathing and just exhaustion from trying to get off the hamster wheel I needed some peace and a way to quieten my mind.

That’s what meditation brought me. It took me ages to get used to it and to really develop a practice but it was something that I really got into during those first few weeks of not drinking.

There are meditations for everything and I took full advantage to get me through a craving, to help me sleep, to calm me down when I was a bit fraught.  I also did a lot of visualization meditations to help keep me grounded, reinforce why I was no longer drinking and where I wanted to go with this new life of mine.

I started this website and blog at around six months of sobriety because I wanted to share everything I had learnt with you all and try to explain just why being sober is absolutely the best thing you can do and give you help and advice on how to bring this lifestyle change to your own lives.  Which in turn, led me to creating the Transform Program.

Right at the start though I did a lot of journaling and randomly scribbling down my thoughts and feelings, my goals, my dreams – anything that popped into my head really and this worked in beating wine o’clock, especially in times of stress.

I discovered a lot about my triggers and understanding my drinking behaviour and patterns. I find writing to be very freeing and therapeutic. I have lots of notebooks, pads and journals for different purposes and have discovered a love of lists now too! Even just a quick scribble has the power to lift my mood, doesn’t matter what it is that I write.

Who knew?  I had no idea I would love yoga so much. It was always something I thought I would eventually get round to starting but never actually did. I only began practicing yoga about three months ago when my morning routine changed and I found myself with an extra couple of hours to fill.

Yoga just fits in perfectly for me at this time of day, it is the time when my kids are still sleeping and I get to have 30 minutes peace and quiet and really focus. I used to try and push myself through more strenuous activities like HIIT or running but yoga is by far my favourite way to tone, get in shape and really connect to myself – it is also the only thing that has gotten rid of my truckers arms. 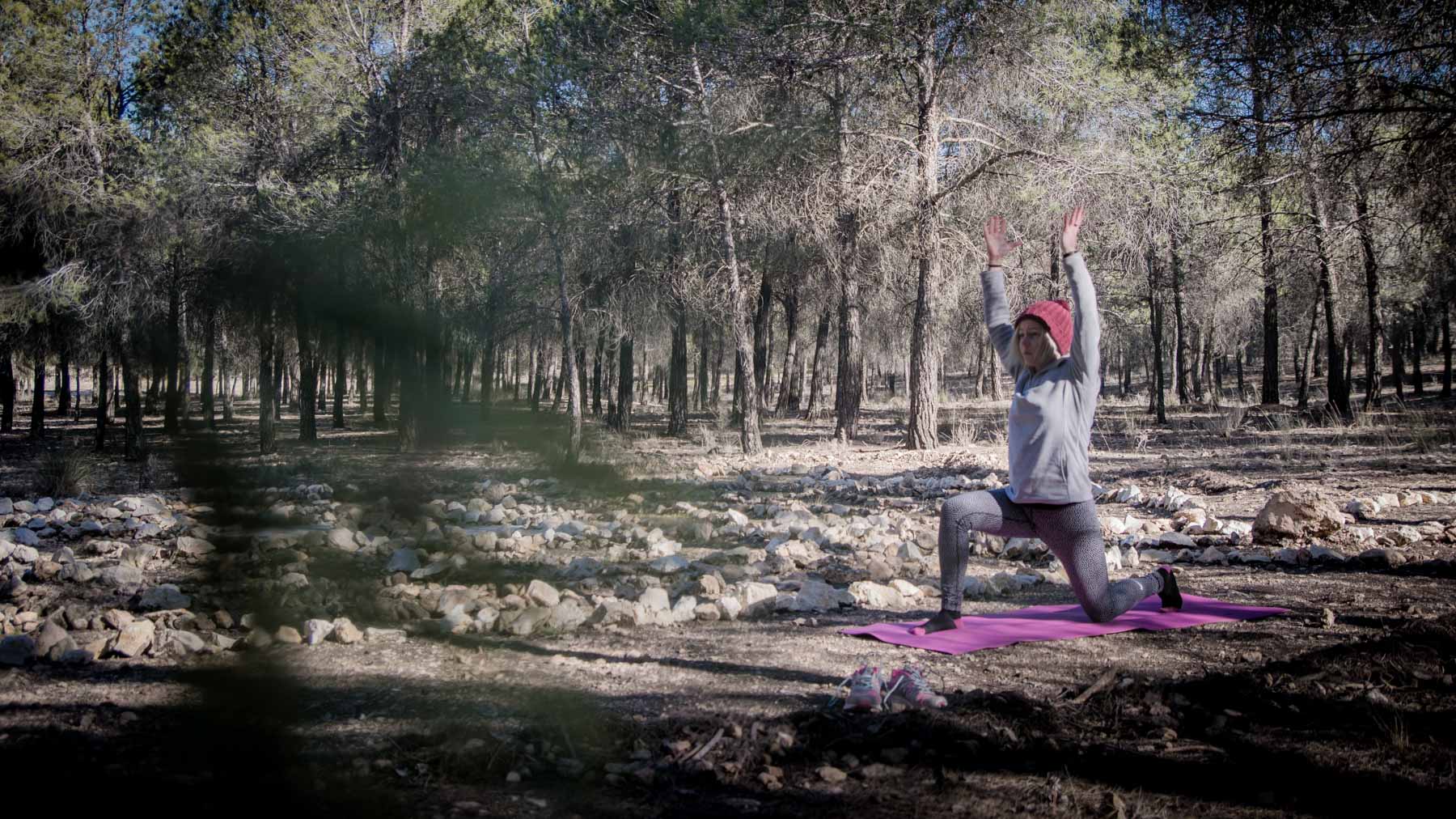 Like reading books, watching telly was something I often did with one eye closed in my drinking days, or it was something that I passed out in front of quite often.  I missed so many programs or if I watched them to the end I couldn’t tell you what had happened the next day.

Sitting down in the evening to watch a bit of telly with a cuppa and cake (or chocolate) was a way to bring the day to a really nice end at first. I often put my pyjamas on really early too, that way I wouldn’t be tempted to go out.

Bizarrely the first thing that my husband and I watched when we quit drinking was a Danish TV series called ‘The Killing’ which my brother had given us a couple of years before. There was absolutely no way I would have ever contemplated watching anything with subtitles when I was drinking, just too much effort required.

However, the act of having to focus and concentrate was very satisfying, we actually enjoyed the series and this combination of concentration together with tea and cake was just the best way I found in beating wine o’clock. Sometimes we would settle in as early as 4 or 5pm!

Without a doubt, the support of my family, especially my husband who quit with me, was the key thing that got me through the early days and just being around them gave me great strength in beating wine o’clock and staying off the booze in general.

I know that some people go through this alone and while I didn’t attend any meetings or do a program, having real human support was essential to me and one of the reasons that I started Sober Bliss and designed the program.

It is essential to have accountability, a plan and the support of someone or many people and I don’t mean just posting in a facebook group. My kids were the reason I wanted to stop drinking and seeing them become calmer and happier as each day passed was a huge motivation for me and continues to be so. 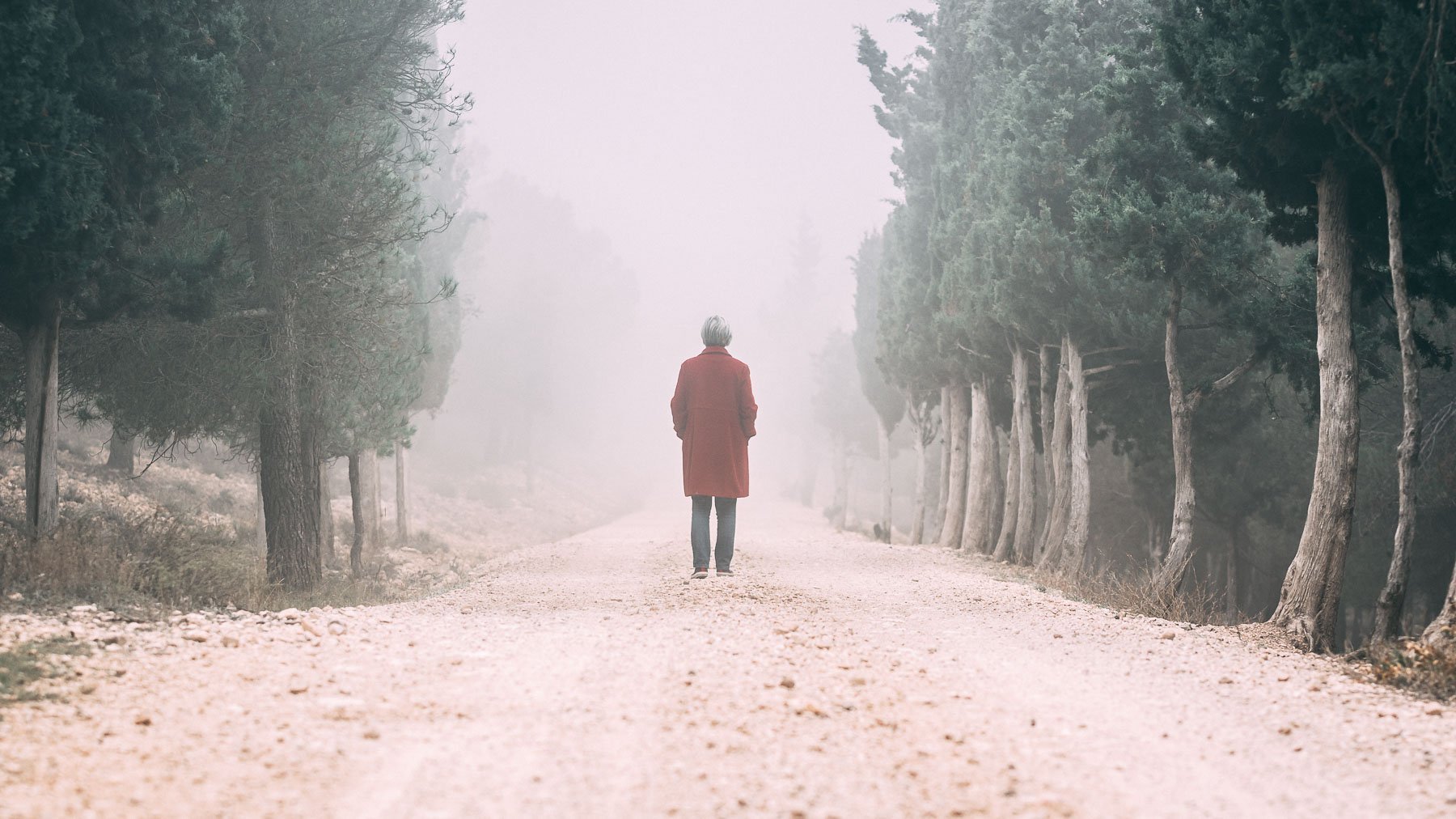 Not an obvious tool for beating wine o’clock. I never got to the point where I was drinking in the mornings so I don’t mean it in that way but the thought of waking up fresh and sober the next day really did keep me going and helped me stick to my decision when I found I was struggling with beating wine o’clock. I remember that if I had a wobble my husband used to say to me, “Just think of the morning” which really did help.

Sober mornings are what make this journey so worthwhile and I have written about how my morning routine has changed quite dramatically now, who knew that 5am was so beautiful? It did take me a few months to get to that point and I certainly wasn’t leaping out of bed at that hour from day one. In fact, I used to lie in bed as late as I could in the beginning, just savouring those precious moments of realization that I was awake, I wasn’t hungover and I felt great – there really is no better feeling.

Do you struggle with beating wine o’clock? Let me know in the comments below if any of my tools are helping you.