Does Alcohol Affect Your Creative Writing? I once remember having a conversation with some friends who I was building a website for and telling then them that my own website had been built on Cruzcampo (Cruzcampo is a popular Spanish beer). Back in the day when I ran an online ecommerce business the theory that ‘content is king’ in running a website was just as prominent as it is today, search engines love fresh, unique content and that means… lots of quality writing.

My friends laughed and agreed with enthusiasm that having a drink (or several drinks) when you wrote made you more creative, more productive even with dozens of ideas flowing that you would not have otherwise had if you’d been sober. Is this correct?

Having written hundreds of articles and recipes on different subjects during my drinking days here is what I have found and the major differences between writing under the influence of alcohol and writing sober.

Sitting down to write can be hit and miss, no-one can force an idea, come up with something brilliant then rattle off 3000 words inside an hour if you are not in the frame of mind to do so. For me, I had to be in the right ‘mood’ straight from the start and it didn’t matter how much I’d had to drink, if it wasn’t there it simply wasn’t there. On the flipside of the coin when I was in the right mood I would just sit down and write, the creativity flowed and the more I had to drink (with Cruzcampo always next to the keyboard) the better I got, the faster I typed and more words I wrote.

Planning an article with factual information was something I didn’t do – the alcohol did that for me as the words spilled out onto Microsoft Word I would eventually end up with a few thousand words ready to be published, the problem was I was being internally inconsistent and not ‘great’. 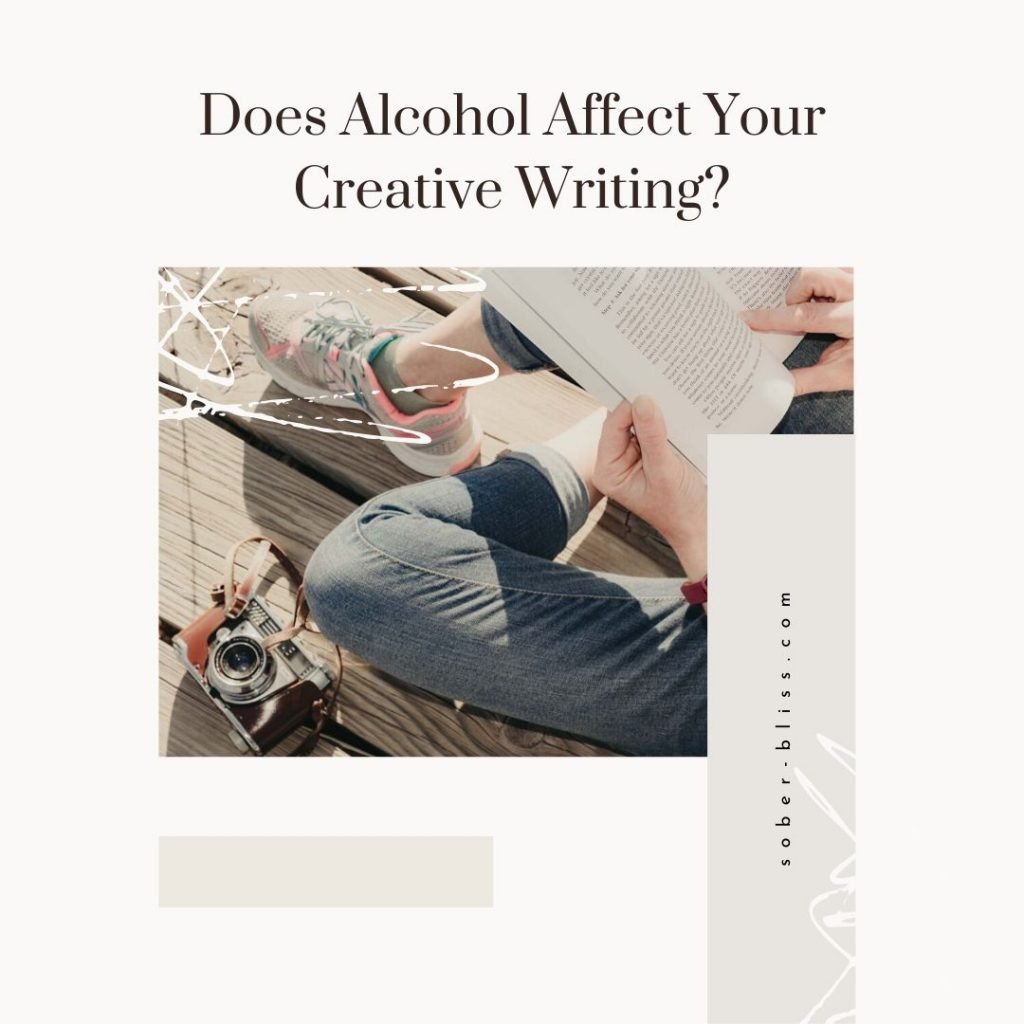 As mentioned above the methodical approach is something I never did, alcohol was flowing through my system bombarding my brain with ideas, snippets, sentences and diversions all at the same time to the point where I couldn’t write fast enough to get it all out, this is evident in earlier articles I wrote where I would get so far ahead of myself they would be full of incomplete sentences and typos. Editing the next day would prove to be a nightmare as no matter how hard I tried to figure it out I could not remember what the hell I was trying to say, nothing made sense – this doesn’t happen when you write sober. 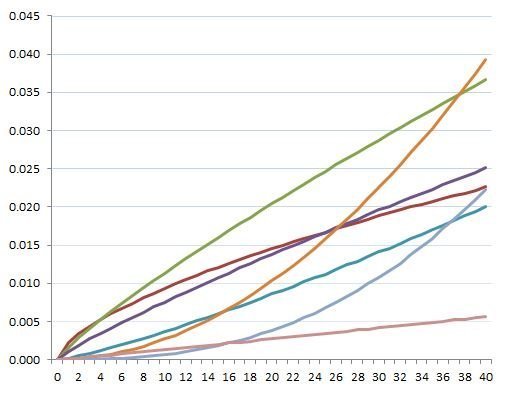 Boy do I dislike ‘studies’, most are IMHO a complete waste of time, pointless and irrelevant which begs the question why there are performed in the first place, OK not all of them but hey, some are just plain daft.

A study was done with 40 men and scientists found that those who were given vodka cranberry juice to drink performed better in a standard creativity test. So this proves that alcohol boosts your creativity? It must do as the participants given vodka solved problems four seconds quicker and solved 58% of problems compared to those who were sober at 42%.

The conclusion is that alcohol improved performance by around 30%. The question in my mind is (even if this is true although a study of just 40 individuals is nowhere near scientific) why? So a vodka and cranberry juice makes us faster, what about the next vodka and the vodka after that – the sober participants would still be solving problems at the same speed but by definition would be quicker and achieve more correct answers as alcohol dulled the senses of the drinkers.

Ultimately it all depends on the individual, their physical size, IQ, alcohol tolerance etc etc. Studies like this may well go towards ‘proving’ that alcohol can boost creativity but is it not a quick fix? Once one reaches the ‘tipping’ point with that extra beer or glass of wine then things begin to roll downhill, in this respect alcohol does not improve creativity.

“Alcohol is only useful in stimulating your perceived creativity. It lets you keep writing, oblivious of how bad or good it is.”

Have you ever written something on social media that you knew you would not have written if you had been sober? The same goes for writing articles, blogs, books, essays etc. Alcohol loosens us up, some people become an irritating chatterbox where you can’t get a word in edgeways, what is going on their head has to come out, with writing the concept is very much the same except it is done through a keyboard or a pen, the end result, depending on the amount of alcohol consumed is complete waffle that not even you will understand the next morning. Is this creative? 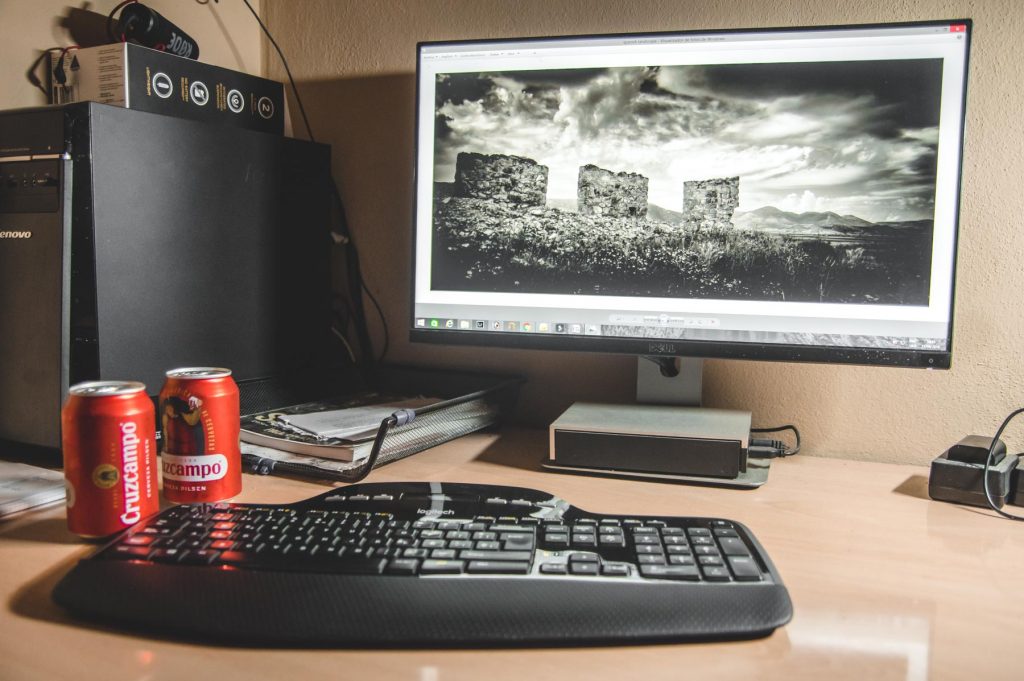 If like me, the only time you wrote was with a drink then there is the whole habit thing to deal with, this is where I first thought that my creativity had suffered in going sober. Like a smoker who craves nicotine there are also other factors to consider like what to do with your hands.

Writing without two or even six cans of beer (as not to disturb my flow by going to the fridge again) next to me would have had me on edge and this is no good at all for writing or creating ideas for the next article. Drug dependent functionality is easy to fall into, you might tell yourself ‘I can’t write without a drink’ but in truth you can and you will do a better job of it.

The early days are difficult but remind yourself that your creativity is still in you and it will present itself again. One thing I found beneficial was to start writing in the morning when I never used to drink anyway – this removed the alcohol factor and I began to write sober until within a couple of weeks I was typing furiously in the evening too without a second thought about the beer.

Alcohol is Not Your Key to Talent

I firmly believe that good writing comes from a clear mind, creativity is inside you and you just need to tap into it, some days it may be harder to find than others but we don’t need alcohol to make it so bouyant that it pressures our natural writing style in that we have to get everything down immediately. A writer does the writing, if the article or the book is yours then why invite alcohol in to participate? it’s like writing a book with a co-author who you know can be a bit erratic and dampening your artistic style with almost every sentence.

There is no doubt that if you are used to drinking while writing that the first days will be tough, you will be thinking that all of your creativity has disappeared into a void never to be seen again.

The good news is that this does not last, just like other aspects of your life that improve after giving up alcohol so will your creativity – it’s not gone, it’s still taking cover wondering when it will be safe to come out again. This brings us back to forcing the idea, some days the writing flows, other days you find yourself staring at the monitor and it simply isn’t going to happen.

On the days that you do have your writing head on, you will find a new found style, without alcohol your writing is likely to change, be more factual, informative and it will develop a ‘flow’ unsuppressed by alcohol.

You will have less editing to do, things will make more sense and there will be a significantly less number of deletions you need to make – all that crap you thought was brilliant at the time but now you have to get rid of… This is not creative.

Top tips for writing when you give up alcohol:

So does alcohol affect your creative writing? The answer is yes but there are so many variables it is hard to pin down in a broad sense, this perhaps is why studies don’t actually mean that much as far as results are concerned. Only you can answer the question – it is all down to the individual. If we dig deep and search for the answer then perhaps a glass of wine might be a kick start for some, several beers for another or a large whisky for someone else, do we really need it though?

Are we not creative without having to pour a drug into our system to try and get the creativity to come out? The alcohol and creativity argument may well rage on for forever, perhaps because there is no definitive answer, for me personally, I am glad I removed alcohol from my life and while my creativity in writing ‘appeared’ to have vanished in the beginning I now feel that my writing is better than it was and I get far more enjoyment from it than I did with those beers next to the keyboard.

Over to you… What do you think? Does alcohol affect your creative writing? Let us know in the comments.