I talk alot about being a sober mum but what’s it like being a sober dad? My husband and I started our sober journey together and we now have a totally alcholo free home and life – it’s great, better than I could have imagined. Below is my husband’s story about the best bits of being a sober dad.

Being a sober dad 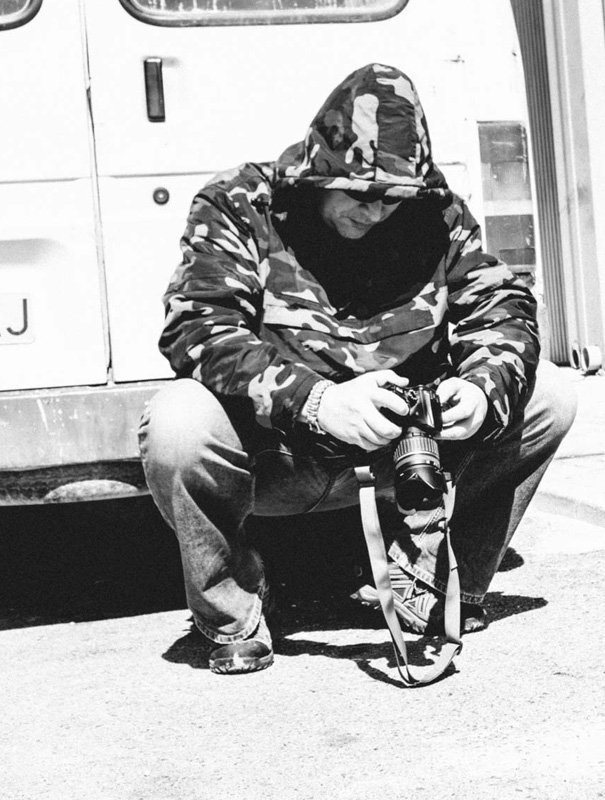 Becoming a sober Dad is, without doubt one of the best things I have ever done in my life. The decision to not drink has had a knock on effect through my entire family and it’s all for the better. Let’s face it being a parent is not an easy job, it’s made infinitely harder when you are worn down, ratty, not thinking straight and unapproachable.

This is what alcohol did to me and the time came when enough was enough, I was no longer going to let myself be conditioned into drinking, be influenced by society, advertising, culture and the fact that drinking has become an integral part of ‘the norm’. It took me long enough to realise that my behaviour whilst drinking was becoming increasingly unpleasant for my family and the kids in particular so it was time to reinvent myself as a sober Dad and face the journey to sobriety head on.

Ask the kids if they want sober Dad or a Dad who drinks to excess and you know what the answer will be. Alcohol was making me selfish, clouding my judgement and turning me into an intolerant father – this had to stop so the decision was made and I have never looked back.

Being a sober Dad has so many benefits its crazy and I wonder why I didn’t do it sooner, it’s better for everyone and it doesn’t take long to begin noticing the changes – the kids will think you are a superhero.

I no longer feel agitated, have more time and am less stressed, yeah life throws it’s problems at us but for every problem there is a solution, take developing teenagers for example, now that is a rocky road for any parent to manage and is enough to drive you to distraction more frequently than not, being sober however means exactly that – more management with less stress and aggravation, tackling problems head on with a clear head with both parties sorting things out instead of a one sided alcohol fuelled dictation.

The kids need to enjoy you and you need to enjoy the kids, realising that life is too short and kids only grow up once was also another reason to say goodbye to alcohol.  Drinking was making me miss aspects of their growing up and I was usually in no fit state to offer any kind of sound advice with problems they faced on their journey. Now that I have given myself a good shake all of this has changed and as a father it is tremendously rewarding to be there for your kids, from a simple chat to fixing bikes, it’s all good.

You are of course always there it just depends which version of yourself you choose – a sober Dad or a Dad gripped by a drug that results in him not really being there at all.

What it means to you

When I made the decision to give up alcohol I had no idea what it was going to mean to me personally, it was a journey beginning on day one with an unknown road ahead. I knew the reasons why I was doing it and that it was not going to be easy but my thoughts were concentrated on how much better life would be for everyone else with no thoughts about ‘me’. It didn’t take long for me to realise that I was changing into a different person or, rather the real me was beginning to emerge without being gripped and manipulated by beer every day, this in turn made me a better parent almost immediately.

Waking up fresh in the morning with a clear head offers infinite clarity compared to a hangover and I was finding myself planning ahead more and becoming more involved with the kids. There was no more lying in bed thinking what happened last night, instead I found myself engaging more in conversion with the boys and not finding them an irritation as I sometimes used to. I began to feel just a little proud, not only that I had given up alcohol but also that I was becoming a better father. There was also a huge sense of relief. 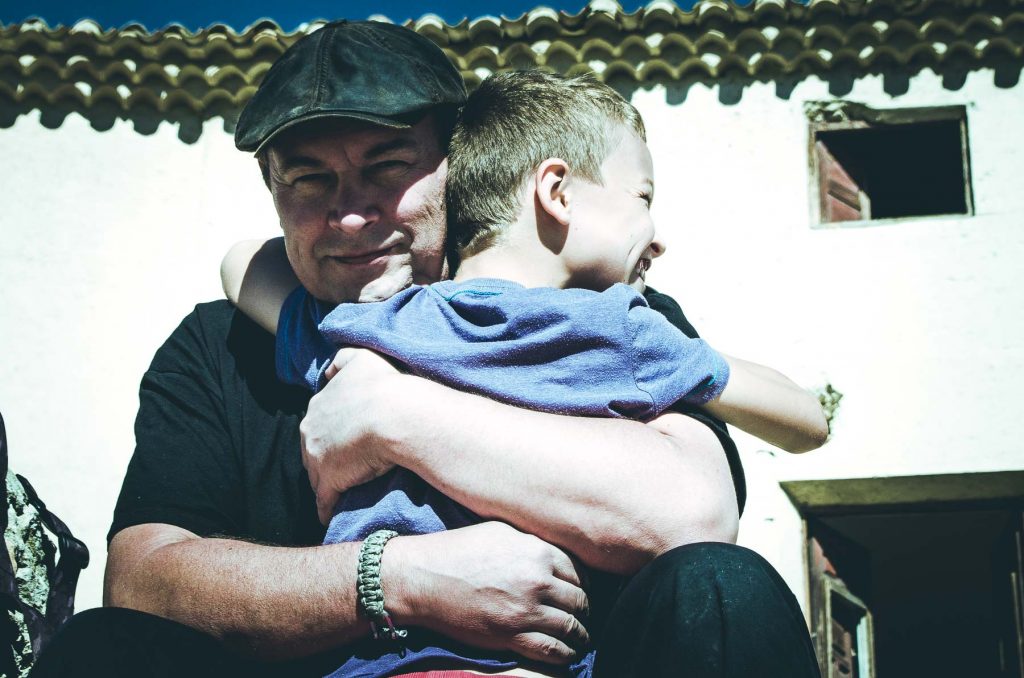 Have you stopped to think what the kids really think of you?

Kids love their Dad, the role model, the mentor, that guy you look up to throughout your childhood, go to for advice and help you when you need it. so what do the kids really think of you when you drink and when this becomes a daily occurrence does their overall opinion change? It has to, everything you do including the decisions you make affects them so do you really want them thinking that you are an ogre?

What about the teenager that tells his mates or his girlfriend that Dad was drinking again last night or, worse still them asking the question how was your Dad last night? Think about it – do you really want to be that person with that reputation, do you want your son or daughter asking another parents advice instead because they can’t approach you?

Looking back I sometimes imagine if I had been a fly on the wall, if there had been a secret hidden camera in the room and I’d played it back the next morning what would I have thought of myself? It’s a hell of a thought and usually my wife would have to fill me in on the details as I would wake up with no recollection at all. This is no good for anyone, not yourself, your partner and especially not the kids – you want your kids to think you are the best Dad in the world right?

Become a Dad all over again

Doing silly things you wouldn’t otherwise do will make a nine year old laugh continuously – especially when he has a camera… This kind of daftness used to only appear after numerous cans of beer, now though, having a giggle can happen all the time – sober and it’s never spoiled or over shadowed by going over the top later in the evening. Does my son enjoy the new version of Dad? You bet! 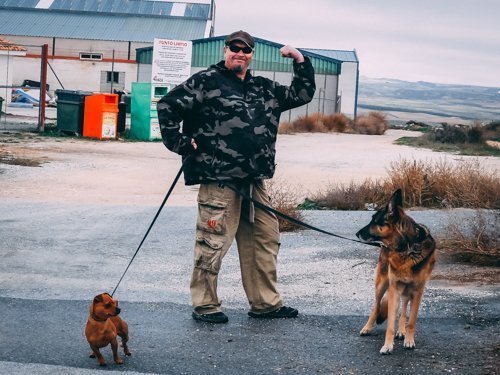 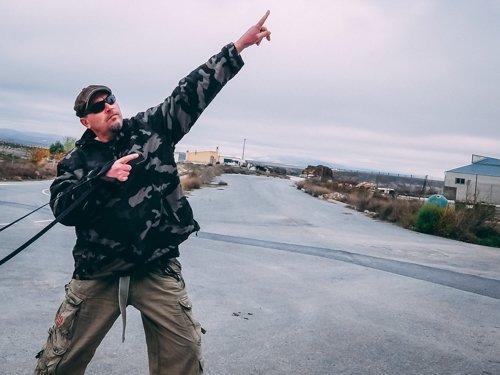 Removing alcohol from my life meant that I could be a Dad all over again, yes there are regrets – the main one being why the hell did I not do this sooner? However it’s never too late and becoming a sober Dad has masses of benefits, you feel like a different person, the kids now see me as a different Dad, a more approachable and enjoyable person to be around without the fear that the day will disintegrate into bad moods and atmosphere around the house.

I can’t tell you the feeling of contentment this brings. Being the best you can be for your kids naturally and not making a half hearted attempt trudging through fatigue, hangovers and regret. Being a sober Dad is, awesome.

• Quality time with the kids

• No guilt or regrets the morning after

• Treat the kids with money saved

• A sense of relief

The last thing I would like to mention here is being afraid. As a father I strive to be the best I can be and that cannot be done from a hospital bed with a liver the size of a football, at the time my drinking was excessive to say the least, I had become highly tolerant of alcohol and its fair to say I blew ‘everything in moderation’ out of the water completely. There was always a niggling thought in the back of my mind of falling ill due to the amount I was consuming and it created a fear in me that towards the end became almost unbearable.

I could not imagine myself lying in a hospital bed having to explain to my boys that Daddy wouldn’t be around for much longer and that terrified me. That niggle has now gone which plays a part in the relief I feel, besides from the hangover and not remembering the night before, I now wake up sober and healthy without the fear of stupidity and shame through a self inflicted habit that would leave my kids without their Dad.

Read Mac’s guest post ‘A Journey to Sobriety – Killing the Beer Monster‘. Over to you – Are you a sober Dad? Can you relate to this post? – let me know your thoughts in the comments below.